Instructors of the wilderness – the exceptional equine-assisted coaching

The wild horses are a symbol of freedom and a pioneering spirit. Mustangs are strong, resilient, and intelligent.

Despite their independent nature, they quickly form bonds with people. Mustangs are the ideal co-trainers because they are a perfect reflection of our social behavior, strengths, weaknesses, and hidden talents.

“Working with wild Mustangs as co-trainers, walking shoulder to shoulder with them, feeling their strength and determination is a unique experience,” says Wolfgang Skrobanek. “It’s an experience that has changed my life and an experience we want to share with you.”

We tame the wild mustangs ourselves and do this based on mutual respect and trust. We are also happy to share our knowledge about “how to tame a wild mustang” in workshops in the United States.

comes from the Spanish word “ustengo,” which means “ownerless horse” or “stray horse.”

of Spanish or Iberian horses introduced to the Americas by Spanish conquistadors in the 16th century.

Horses belong to the genus Equus, which originated in North America about 4 million years ago.

They first arrived in Eurasia between two and three million years ago (probably by crossing the Bering Land Bridge). The last prehistoric North American horses became extinct 13,000 to 11,000 years ago at the end of the Pleistocene. By then, Equus had become established in Asia, Europe, and Africa. 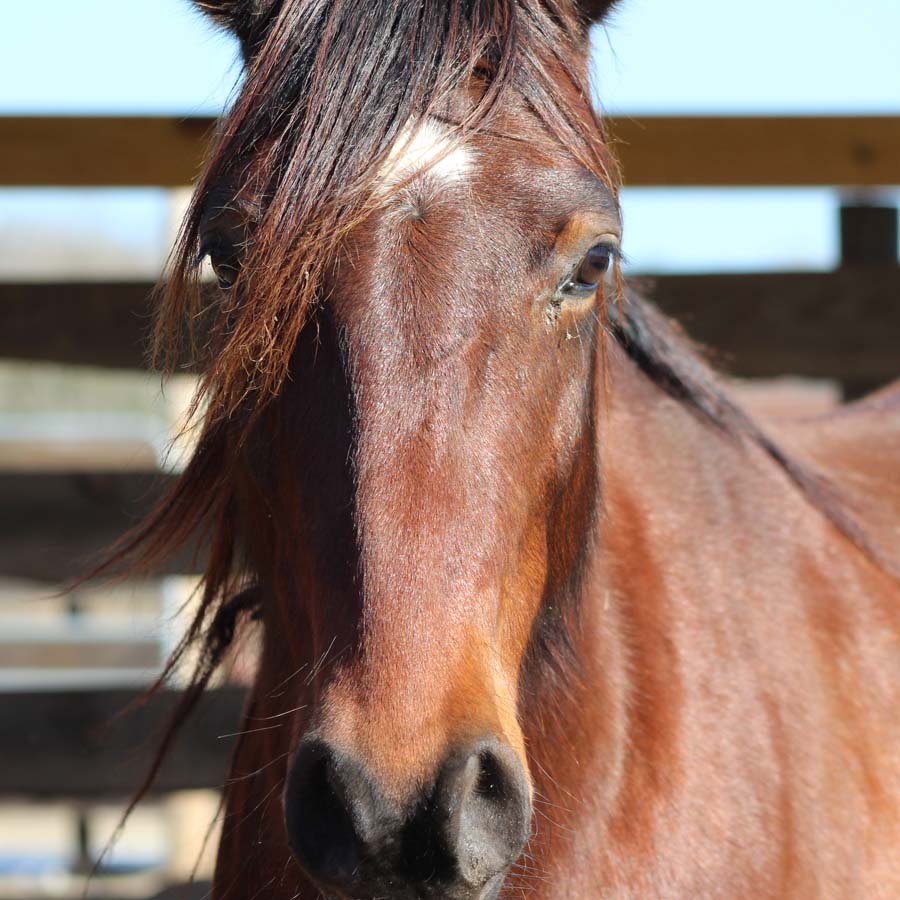 only 25,000 of the former two million mustangs were left.

In 1971, the United States Congress passed the Wild Free-Roaming Horse and Burro Act. This act protects the horses and makes it illegal to capture or kill them.

Pioneer spirit of the West

Congress honored the Mustang with the following wording, “Living symbols of the historic and pioneering spirit of the West that continue to contribute to the diversity of life forms within the nation and enrich the lives of the American people.”

Bureau of the U.S. Department of the interior.

The Bureau of Land Management (BLM)

has established the Wild Horse and Burro Program to implement this Act. This places the responsibility for managing and protecting herds in their respective jurisdictions on the BLM and the U.S. Forest Service.

Without natural population controls, such as predators, herds can grow by as much as 20 percent annually, doubling in just 4 to 5 years if not properly monitored.

To carry out this mission, the BLM controls herd growth through fertility measures, such as birth control, and by periodically trapping smaller herds.

Mustangs are horses without a pedigree – and that’s what makes them so uniquely diverse, strong, and independent.

Adopt a Wild One

We can learn a lot about the needs of our domesticated horses from wild mustangs.

Working with mustangs also allows us to sharpen our perception as humans. They are fascinating teachers for our minds.

We’ve already adopted four mustangs, with plans to adopt up to 50 more by 2025.

Engage in an extraordinary experience that will leave a lasting impression.